our team working together for you 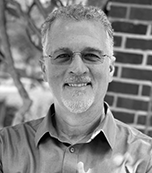 Helping people attain financial independence is what attracted David to the financial services industry. It is that passion that drives every decision he makes as he helps families bring together all of the pieces of their financial lives.

David’s dedication to helping others is not limited to the clients that he and his team serve. As a Cannon Financial Institute instructor, he coaches and trains other financial professionals throughout the industry, striving to help them become better at serving the needs of their clients. He does this by following a philosophy he calls “helping others help others.”

David is a member of the Raymond James Chairman’s Council,* 2009 – present, a privilege limited to a select few. The honor is awarded only to those financial advisors who have demonstrated the utmost in commitment to the precepts that define Raymond James – among these a dedication to independence, innovation, intelligence and integrity.

A 1990 graduate of Liberty University, David holds a Bachelor of Science degree in Business Administration. He also earned an Associate degree in Military Science from Washington and Lee University. David graduated Airborne School in 1989 and was commissioned as a U.S. Army Officer in 1990.

His commitment to further education continued with the Certification and Professional Education Program at the University of Central Florida in 1996, which ultimately led David to earn the certification as a Certified Financial Planner™ practitioner in 2000.

David and his team founded Integrated Wealth Solutions of Raymond James in 2008. Before founding IWS, David worked at several prominent wealth management firms. He has built a successful career as a leading advisor and thought leader throughout the industry.

Originally from Miami, David now resides with his family in Winter Garden, Florida. His passions beyond the world of finance include his faith, his family and various nonprofit causes.

In 2010, David founded a men’s ministry called IronMen of God™. In 2015 David partnered with Stand Strong USA™ and Nick Vujicic with Life without Limbs™ to help end bullying in middle and high schools throughout the United States of America. He also serves multiple nonprofit ministries within the Central Florida community.

Certified Financial Planner Board of Standards, Inc., owns the certification marks above, which it awards to individuals who successfully complete initial and ongoing certification requirements.

*Membership is based mainly on assets under management, education, credentials and fiscal year production. Requalification is required annually. The ranking may not be representative of any one client's experience, is not an endorsement, and is not indicative of advisor's future performance. No fee is paid in exchange for this award/rating.

Raymond James is not affiliated with any organizations mentioned.

Raymond James financial advisors may only conduct business with residents of the states and/or jurisdictions for which they are properly registered. Therefore, a response to a request for information may be delayed. Please note that not all of the investments and services mentioned are available in every state. Investors outside of the United States are subject to securities and tax regulations within their applicable jurisdictions that are not addressed on this site. Contact your local Raymond James office for information and availability.